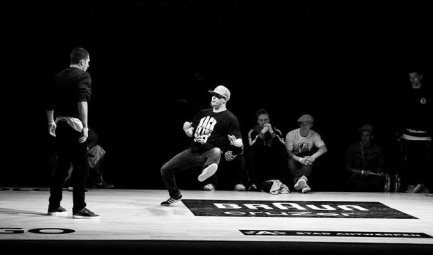 We are BACK AGAIN with another Amazing workshop. We will be doing both a Kids, and an adult, TWO HOUR WORKSHOP!

This time representing Supernaturalz Crew, from Toronto Canada we have Puzzles!

“We will explore the different speeds, angles and levels of basic foundational moves. Also dropping history gems that i have learn along the way in my 20yrs of breaking.” – Puzzles

Known for his dynamic footwork, smooth transitions, flava and style. He is one of the most recognized bboys in the world. Puzzles understanding of this dance has earned him multiple world titles and also given him the opportunity to judge and teach workshops all over the globe.

Started his journey in the dance of bboying in 1996. Puzzles base his style on the foundations and history of bboying while adding his own spins and flips to make it his own.

This impressive run has owed at least a little something to a bboy from Pickering, Ontario. The Supernatz member and Redbull BC one rookie contributes an array of dancing abilities to his crew. His impeccable footwork stands out, but so does the sense of musicality that he shows whether he’s toprocking or rolling through a blow up. The end result is a tendency to stun crowds and leave others inspired.

During Puzzles 17yrs in bboying, he’s have been lucky enough to have judge in all parts of the world. Here are a few events he’s had the pleasure to judge in the pass few yrs.

Register for Classes or Log in to your Parent Portal